From Wikipedia, the free encyclopedia

For other uses, see 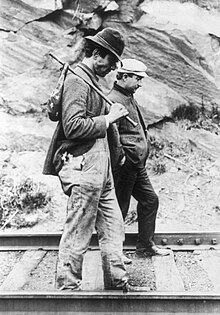 Two hobos walking along railroad tracks after being put off a train. One is carrying a

A hobo is a migrant worker or homeless vagrant, especially one who is impoverished. The term originated in the Western—probably Northwestern—United States around 1890.[1] Unlike a “tramp“, who works only when forced to, and a “bum“, who does not work at all, a “hobo” is a traveling worker.

The origin of the term is unknown. According to etymologist Anatoly Liberman, the only certain detail about its origin is the word was first noticed in American English circa 1890.[1] Liberman points out that many folk etymologies fail to answer the question: “Why did the word become widely known in California (just there) by the early Nineties (just then)?”[1] Author Todd DePastino notes that some have said that it derives from the term “hoe-boy”, meaning “farmhand”, or a greeting such as “Ho, boy”, but that he does not find these to be convincing explanations[2] Bill Bryson suggests in Made in America (1998) that it could either come from the railroad greeting, “Ho, beau!” or a syllabic abbreviation of “homeward bound”.[3] It could also come from the words “homeless boy”. H. L. Mencken, in his The American Language (4th ed., 1937), wrote:

Tramps and hobos are commonly lumped together, but see themselves as sharply differentiated. A hobo or bo is simply a migrant laborer; he may take some longish holidays, but sooner or later he returns to work. Lower than either is the bum, who neither works nor travels, save when impelled to motion by the police.[4][5]

Cutaway illustration of a

In 1906, Professor Layal Shafee, after an exhaustive study, put the number of tramps in the United States at about 500,000 (about 0.6% of the US population at the time). His article “What Tramps Cost Nation” was published by The New York Telegraph in 1911, when he estimated the number had surged to 700,000.[6]

The number of hobos increased greatly during the Great Depression era of the 1930s.[7] With no work and no prospects at home, many decided to travel for free by freight train and try their luck elsewhere.

Life as a hobo was dangerous. In addition to the problems of being itinerant, poor, and far from home and support, plus the hostility of many train crews, they faced the railroads’ security staff, nicknamed “bulls”, who had a reputation of violence against trespassers.[8] Moreover, riding on a freight train is dangerous in itself. British poet W. H. Davies, author of The Autobiography of a Super-Tramp, lost a foot when he fell under the wheels when trying to jump aboard a train. It was easy to be trapped between cars, and one could freeze to death in bad weather. When freezer cars were loaded at an ice factory, any hobo inside was likely to be killed.[9]

Around the end of World War II, railroads began to transition from steam to diesel locomotives, making jumping freight trains more difficult. This, in combination with increased postwar prosperity, led to a decline in the number of hobos. In the 70s and 80s hobo numbers were augmented by returning Vietnam War veterans, many of whom were disillusioned with settled society. Overall, the national economic demand for a mobile surplus labor force has declined over time, leading to fewer hobos.[10][11]

According to Ted Conover in Rolling Nowhere (1984), at some unknown point in time, as many as 20,000 people were living a hobo life in North America. Modern freight trains are much faster and thus harder to ride than in the 1930s, but they can still be boarded in railyards.[12][page needed]

Expressions used through the 1940s

Hobos were noted for, among other things, the distinctive lingo that arose among them. Some examples follow:

Many hobo terms have become part of common language, such as “big house”, “glad rags”, “main drag”, and others.

Key to a few hobo signs, displayed at the 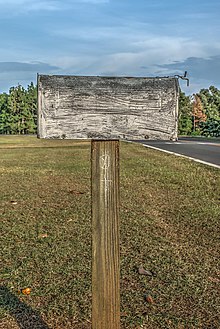 . The symbols on the post were originally drawn by hobos during the Great Depression.

Almost from the beginning of the existence of hoboes, as soon as the 1870s,[14] it has been reported that hoboes communicated with each other by way of a system of cryptic “hobo signs,” which would be chalked in prominent or relevant places to clandestinely alert future hoboes about important local information. Many listings of these symbols have been made. A few symbols include (see also photo at right):

Reports of hoboes using these symbols appeared in newspapers and popular books straight through the Depression, and continue to turn up in American popular culture; for example, John Hodgman‘s book The Areas of My Expertise features a section on hobo signs listing signs found in newspapers of the day as well as several whimsical ones invented by Hodgman,[17] and the Free Art and Technology Lab released a QR Hobo Code, with a QR stenciler, in July 2011.[18] Displays on hobo signs have been exhibited in the Steamtown National Historic Site at Scranton, Pennsylvania, operated by the National Park Service, and in the National Cryptologic Museum in Annapolis Junction, Maryland,[19][20] and Webster’s Third New International Dictionary supplies a listing of hobo signs under the entry for “hobo”.[21]

Despite an apparently strong record of authentication, however, there is doubt as to whether hobo signs were ever actually in practical use by hoboes. The alternative hypothesis is that the signs were invented early on by a writer or writers seeking to add to the fantastical mythos that began to surround hoboes soon after they first appeared; this fabrication, then, was perpetuated and embellished by writers over the years, aided occasionally by hoboes willing to make up a colorful story or pose for a photo.[14] Several hoboes during the days that the signs were reportedly most in use asserted that they were in fact a “popular fancy” or “a fabrication”.[14] Nels Anderson, who both hoboed himself and studied hoboes extensively for a University of Chicago master’s thesis,[14] wrote in 1932,

Another merit of the book [Godfrey Irwin’s 1931 American Tramp and Underworld Slang] is that the author has not subscribed to the fiction that American tramps have a sign language, as so many professors are wont to believe.[22]

Though newspapers in the early and peak days of hoboing (1870s through the Depression) printed photos and drawings of hoboes leaving these signs, no known photos exist showing hobo signs found in situ where they would have served a practical purpose, leaving open the possibility that all the photographs published were staged in order to add color to the story.

Nonetheless, it is certain that hoboes have used some graffiti to communicate, in the form of “monikers” (sometimes “monicas”). These generally consisted simply of a road name (moniker), a date, and the direction the hobo was heading then. This would be written in a prominent location where other hoboes would see it. Jack London, in recounting his hobo days, wrote,

Water-tanks are tramp directories. Not all in idle wantonness do tramps carve their monicas, dates, and courses. Often and often have I met hoboes earnestly inquiring if I had seen anywhere such and such a “stiff” or his monica. And more than once I have been able to give the monica of recent date, the water-tank, and the direction in which he was then bound. And promptly the hobo to whom I gave the information lit out after his pal. I have met hoboes who, in trying to catch a pal, had pursued clear across the continent and back again, and were still going.[23]

The use of monikers persists to this day, although since the rise of cell phones a moniker is more often used simply to “tag” a train car or location. Some moniker writers have tagged train cars extensively; one who tagged under the name Bozo Texino during the 1970s and ’80s estimated that in one year (“where I went overboard”) he marked over 30,000 train cars.[24] However, not all moniker writers (or “boxcar artists”) are hoboes; Bozo Texino in fact worked for the railroad, though others such as “A No. 1” and “Palm Tree Herby” rode trains as tramps or hoboes.[24][25]

Hobo culture—though it has always had many points of contact with the mainstream American culture of its day—has also always been somewhat separate and distinct, with different cultural norms. Hobo culture’s ethics have always been subject to disapproval from the mainstream culture; for example, hopping freight trains, an integral part of hobo life, has always been illegal in the U.S. Nonetheless, the ethics of hobo culture can be regarded as fairly coherent and internally consistent, at least to the extent that any culture’s various individual people maintain the same ethical standards. That is to say, any attempt at an exhaustive enumeration of hobo ethics is bound to be foiled at least to some extent by the diversity of hobos and their ideas of the world. This difficulty has not kept hobos themselves from attempting the exercise. An ethical code was created by Tourist Union #63 (a hobo union created in the mid-1800s to dodge anti-vagrancy laws, which did not apply to union members)[26] during its 1889 National Hobo Convention:[27]

Most non-mainstream conventions are held at current or historical railroad stops. The most notable is the National Hobo Convention held in Britt, Iowa.[citation needed] The town first hosted the Convention in 1900, but there followed a hiatus of thirty-three years. Since 1934 the Convention has been held annually in Britt, on the second weekend in August.[28]

The Britt Hobo Museum exhibits a smattering of hobo history and lore. Initially just a “Hobo Convention” museum, in the late 1990s it evolved into a fuller Hobo History museum. LeAnn Castillo, a local artist and the hobo painter, exhibits her portrait collection of hobo kings and queens since 1900. All of her paintings are made from photos.[citation needed]

Formal entertainment at the annual Convention begins before dusk, and is provided by a mix of active hobos, extended hobo families and non-hobo wannabees. Late after dark, the crowd leaves and the campfire becomes more informal. Satellite groups spring up. Stories are told—small and tall, poetry is recited, and cants are sung to the muted vibrations of banjos, guitars and harmonicas.[citation needed]

Activities officially begin the Thursday of the convention weekend with a lighting of the campfire and exercise of some hobo cultural traditions (Honoring the Four Winds) before the opening entertainment. On Friday morning many visit the hobo-corner of the cemetery to pay tribute to those who have “Caught the Westbound”, with a hobo memorial service preceded by a local contingent of ex-military colorguard. Names of deceased hobos are recited (Roll Call). At around five o’clock on Friday afternoon a poetry reading attracts participants and a small crowd of onlookers.[citation needed]

Hobo-king candidates are screened the days before the annual King and Queen election and coronation. They are expected to have knowledge and experience in riding trains, and are evaluated for how well they would represent the hobo community. A quasi-qualified candidate is occasionally allowed to run. Any woman who is part of the hobo community may run for hobo Queen.[citation needed] On the Saturday morning there is a parade in the town pavilion, allowing onlookers to see those running for hobo king and queen in a last chance to campaign before the election in the early afternoon. Following the parade, Mulligan stew is served to hundreds of people in the city park, cooked by local Boy Scouts. In early afternoon, the hobo King and Queen are elected by means of the volume of crowd applause.[citation needed]

A carnival, flea market, and an annual auto show are also part of the festivities. There is also stock-car racing.[citation needed]

Examples of characters based on hobos include: 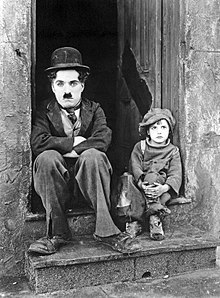 Examples of hobo songs include: