A Boston University professor died over the weekend after an apparent fall from a rusted staircase beside the busy JFK/UMass MBTA station in Boston.

State police said they responded to an “unattended death” reported by a passerby on Old Colony Avenue at 1:30 p.m. Saturday.

The body of David Jones, 40, of Milton, was found under a rusted, old set of stairs that were closed nearly two years ago, state police spokesman David Procopio said.

Procopio said Jones was running in the area when the fatal accident occurred.

The staircase is under the jurisdiction of the Massachusetts Department of Conservation and Recreation. In a statement, DCR officials told WCVB that they are currently investigating the incident.

When it was in use, the staircase led from Old Colony Avenue up to the Columbia Road overpass. 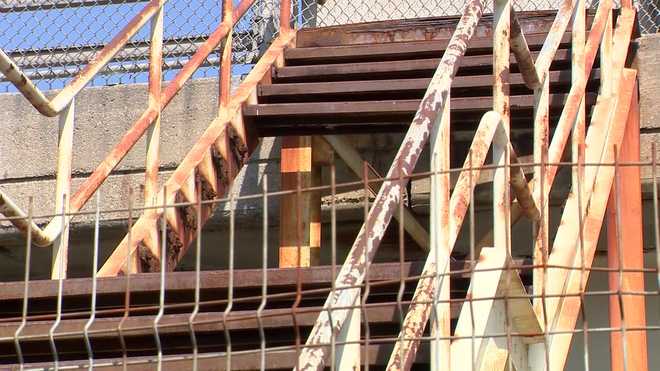 View of the damaged staircase near JFK/Umass

Images from Google Earth Pro captured last year show multiple steps were already missing from the staircase, which was surrounded at the base by temporary fencing. 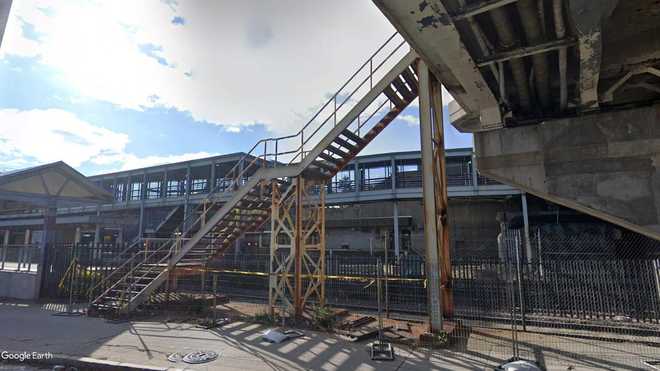 Crews were spotted putting up fencing near the staircase Monday night to block the top entrance and bottom entrance to the stairs.

Jones is survived by his wife, Sarah Sacuto, and their three children — Olivia, Anne and Thomas.

“He was the most loving, kind, considerate person I knew. He was the best father. … He loved unconditionally and was the proudest father to his kids. I loved him,” Sacuto wrote on Facebook.

Reggie Jean-Charles, a family spokesperson, said Jones was well-known and liked in the Milton community.

“He loved his family. He was the kind of parent for whom every phase was the best phase. It did not matter if they were toddlers or teenagers,” Jean Charles said. “He was that dad that would do the soccer games, play cards, do toenail painting, have his toenails painted.

“This was a guy who was beloved. Especially when you have three kids in the schools, there’s all the different families from the different grades who are part of that community, that is devastating.” 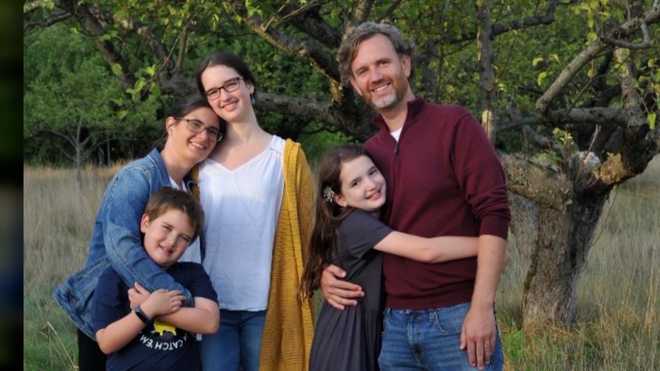 Boston University said in a statement Sunday that Jones died Saturday in an accident. He was an associate professor in the Department of Health Law, Policy and Management.

“Just shock. I don’t think it’s sunk in yet,” said Kate Conquest, a former student of Jones who also served as his teacher’s assistant. “I cannot imagine anyone having less than a five-star review of his class. He made time for everyone.”

Jones taught at BU for six years and created a national research website called Public Health Post. The university is establishing a scholarship in his honor.

“David was a wonderful human being, living with integrity and a deep commitment to all we do,” wrote Dr. Sandro Galea, dean of the BU School of Public Health. “I have so loved all my interactions with David, I cannot really imagine what it means to not have David as part of our community.”

Click here to donate to a GoFundMe page that has been set up for Jones’ family.